How to Beat Uthos the Ashen Born

The battlefield is big, so you'll have a lot of space to move around and use all the weapons at your disposal.

Uthos can use a wide variety of attacks, so try to learn each of them to be ready.

Most of his attacks deal Induction damage, so try to make sure to bring a set that counters that. The Cube Cooling Omnicube can also help you.

Try to stay near him and lure his attacks, dodge or block and then strike back. When he performs his meteor attacks run away and user a ranged weapon to deal damage.

The best opportunity to attack is when he throws the disks. Run towards him and attack (The disks won't hit you if you stay beneath him). 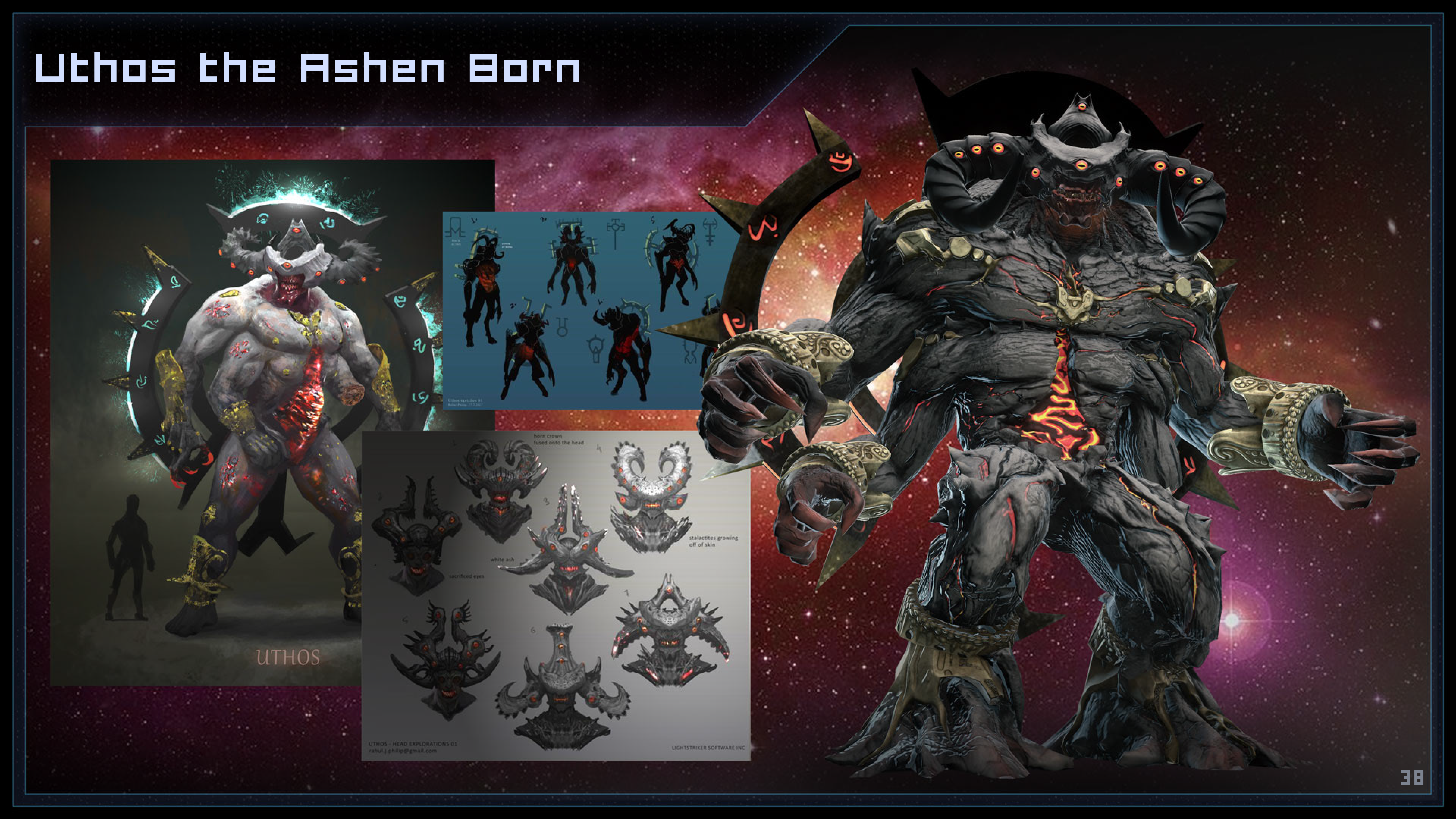