Undisturbed Defas Nemundis is a Boss (and, to some extent, an NPC) in Hellpoint.

All Nemundis attacks deal high radiation damage, you'll need a Set that provides radiation defense for this fight. You can also bring the Anti-Rad Injection.

He's very weak to fire damage. The Channeler of Hell catalyst kills him in seconds.

Try to stay near him and react to his attacks. He has a lot of health, so you'll need to be ready for a long fight. Wait until he attacks and then strike down.

The best opportunity to attack him is when he uses his Black Hole. He will remain stationary while doing this so take the chance to deal as much damage as you can.

When he uses the slam attack, run as far away as you can and jump when its about to hit you.

If you deal enough damage, he will fall to the ground. Use this chance to deal as much damage as you can. 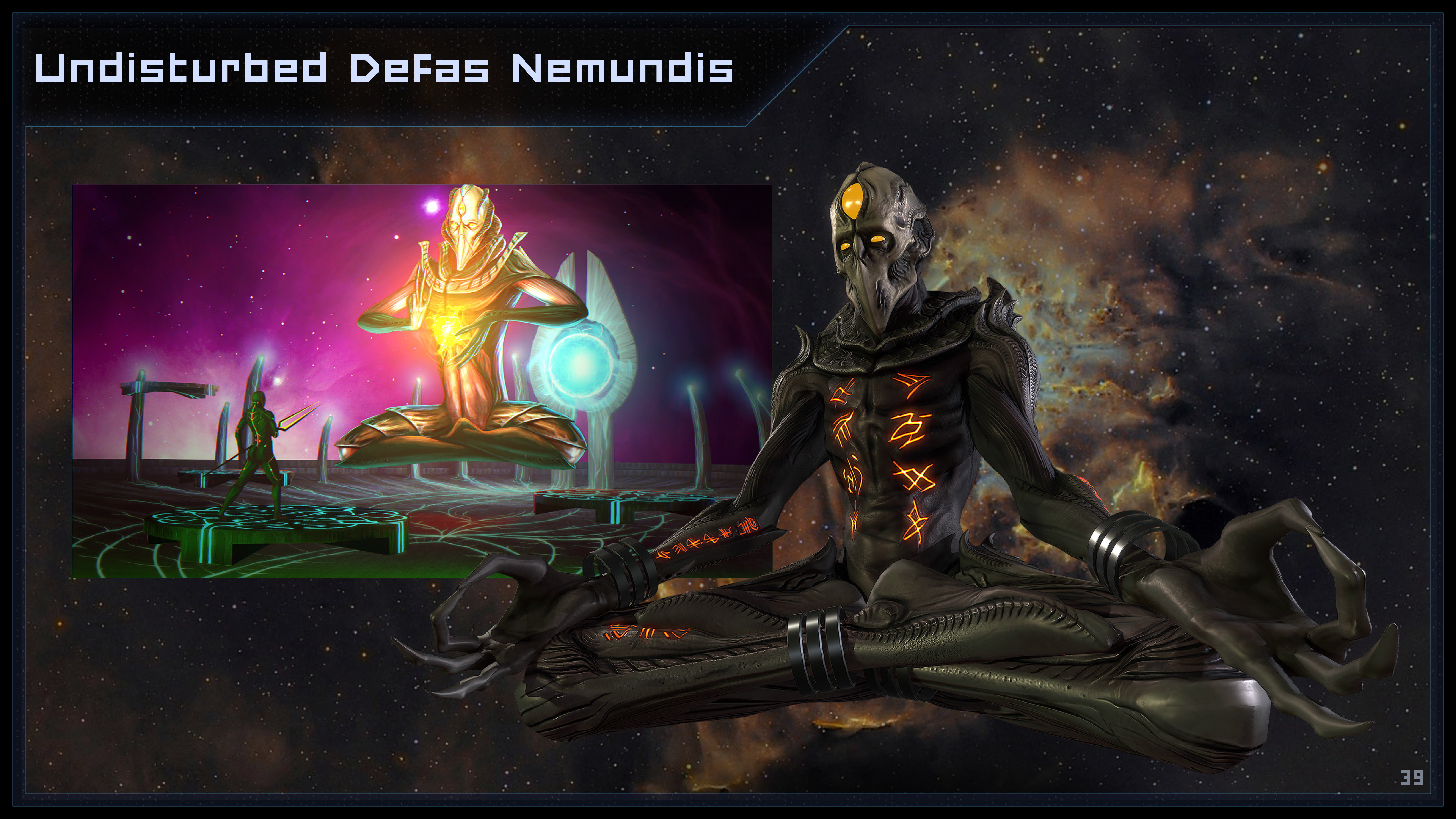