Interface is a Boss and Enemy in Hellpoint. Interface can be found at High Ateliers.

How to Beat Interface

The battlefield is a medium platform composed of pillars. The layout of the battlefield will change each time the Interface changes position.

You can lock on the Interface Head and on both Arms. If you are a melee user, try to focus on the hands and jump over to the edge of the platform to attack him. Be careful, if you fall you will instantly die.

Using a ranged weapon is highly advised. The Entropic Railgun is a very good choice because of the freeze debuff.

If you are having trouble with his ranged attacks, you can hide behind a pillar and wait until the Interface moves.

You can hide behind a pillar and wait for the platforms to change, but this make a take a bit. 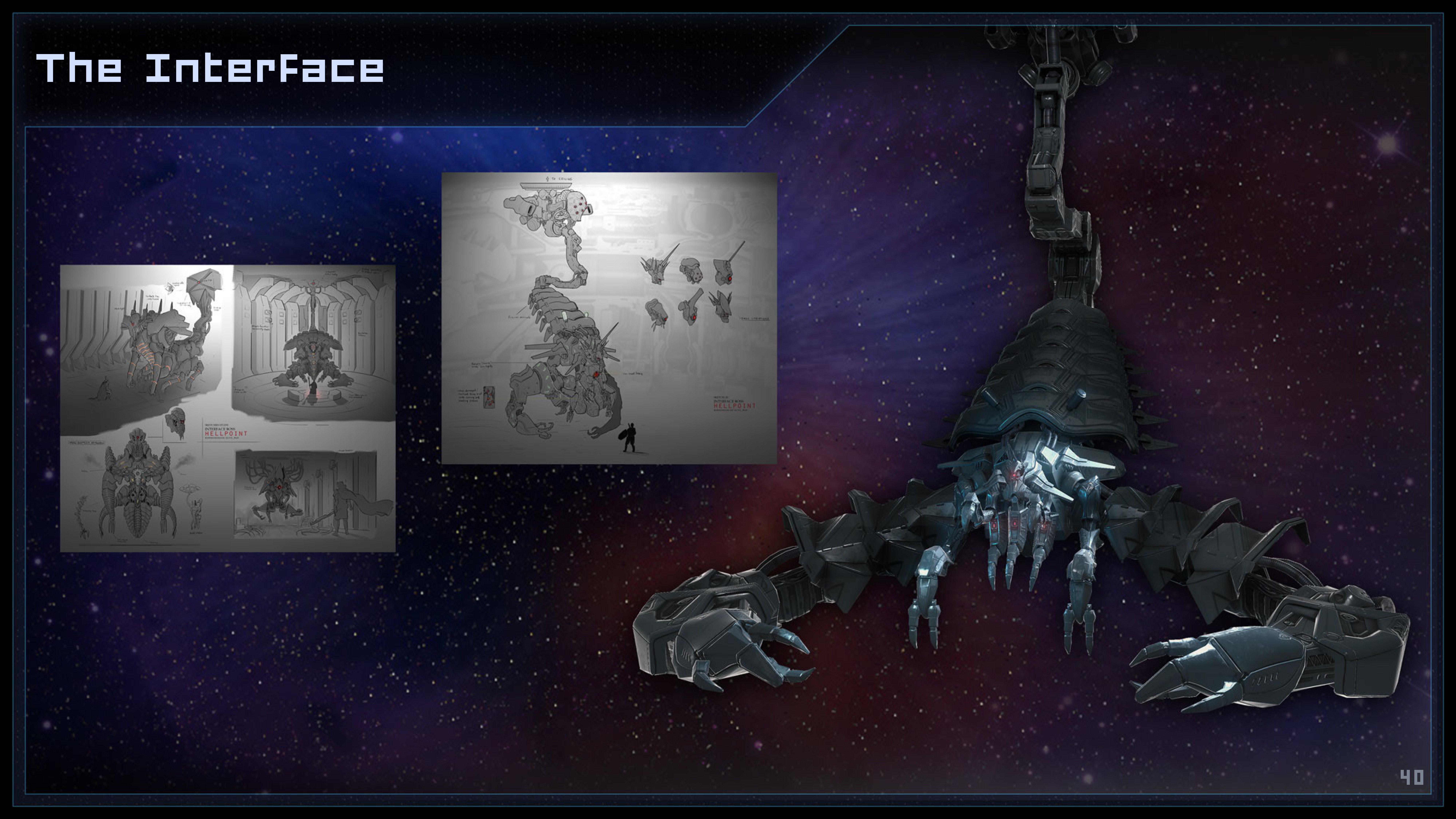